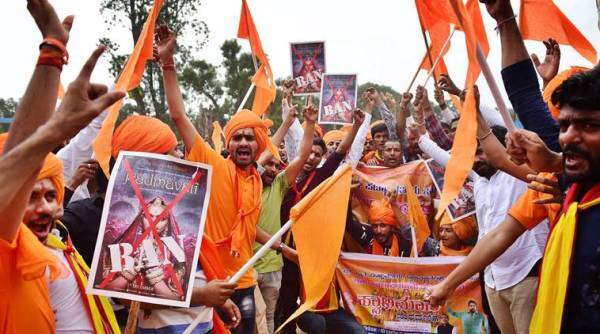 The forced retreat of M.F. Husain, attack on ‘Padmavati’ — it is naive to believe that only fringe groups are to blame

Freedom of speech and expression in India is increasingly in the grip of non-state actors, imposing their law as self-appointed artistic police. State authorities, acting under the diktats of elected representatives, are driven by political considerations rather than legal precept. The court machinery, instead of serving as a bulwark against the infringement of this constitutionally cherished right, is often activated to serve the cause of harassment of the artist, writer or filmmaker. Eventually, the hallowed legal principles protecting free speech are successfully invoked before the superior courts of law, but the process is so punishing for the artist that this belated success remains a pyrrhic victory. The creative pen or brush is forever saddled with the inhibition of self-censorship. The suffering inflicted acts as a cautionary tale for others to avoid controversy and play it safe. And so the freedom of expression is held hostage by dogma.

The growing controversy surrounding Sanjay Leela Bhansali’s Padmavati and last year’s attack on Ae Dil Hai Mushkil that starred a Pakistani actor, Fawad Khan, in the wake of deteriorating relations with Pakistan, are cases in point. The late M.F. Husain was hounded out of India by constant harassment from purported community groups with clear political affiliations. A slew of criminal cases were filed against him across the country, objecting to his “Bharat Mata” painting. Even though Justice Sanjay Kishan Kaul of the Delhi High Court (now a judge of the Supreme Court), in a poignant judgment in 2008, quashed the complaints, thoughtfully observing, “A debate should never be shut out. ‘I am right’ does not necessarily imply ‘You are wrong’. A painter at 90 deserves to be in his home — painting his canvas.” The prospect of further attacks was too much to take for a man in the dusk of his life. And so he retreated, spending his last years out of India.

Having represented Husain before the Delhi High Court, I recall him recounting an incident where a stranger on a railway platform looked at him with what Husain perceived to be utter hatred. He told me he did not want to spend his last years surrounded by such hostility. Though he publicly apologised for any offence he may have unintentionally caused by his paintings, he felt his work was an expression of his immense love and regard for the composite culture of India, requiring no apology. He was deeply frustrated by the prospect of having to face legal cases, and found the thought of a policeman knocking on his door inquiring about his paintings both farcical and frightening. In his last years, he yearned to return to India. Ironically, he thought the protests against his art would only stop once the BJP came to power at the Centre because he believed “they are communal when they want to gain power, and will want to show they are secular once they are in government”.

This site uses Akismet to reduce spam. Learn how your comment data is processed.